Jimmy Walker and Luke Donald are the two players among those, who see their playoff hopes of PGA Tour came to an end at the Northern Trust; this is because Bubba Watson extended his season. 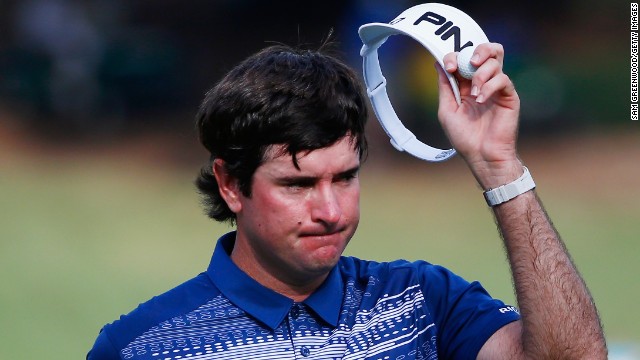 After the play-off event of the opening day, only the top 100 in the FedExCup were seen, when the event progressed through to the Deutsche Bank Championship (DBC), along with Donald concludes the week taking the 105th spot and Walker take the 111th spot.

Donald, who is the world No 1 once bogeyed his five two holes to finish at five over and tied-49th, whereas the PGA champion of last year Walker saw has a missed cut and with that shot, he saw his hopes of making a cut in the event ending.

Watson started the week being outside of the top 100, however, at the Glen Oaks Club, he grabbed a share of 10th spot – this was Donald’s best performance at the PGA Tour since June. He did this with a goal to qualify for the tournament of this week in Boston.

David Lingmerth and Harold Varner III moved inside the bubble as well with tied-20th and tied-29th finishes respectively, along with Robert Garrigus, Seung-Yul Noh and Byeong Hun all dropping out after missing the cut.

For the event third play-off, the size of field reduces again, the BMW Championship from 14 September to 17 September, with only the FedExCup’s top 70 standings after the TPC Boston making it through.

Watson, Adam Scott the former world No1 and Rafa Cabrera Bello were among the players who are currently below that mark, which is required to qualify. This week, they will have to show a strong performance in order to continue their campaigns. In the next few performances, it will get clear who make the cutout.